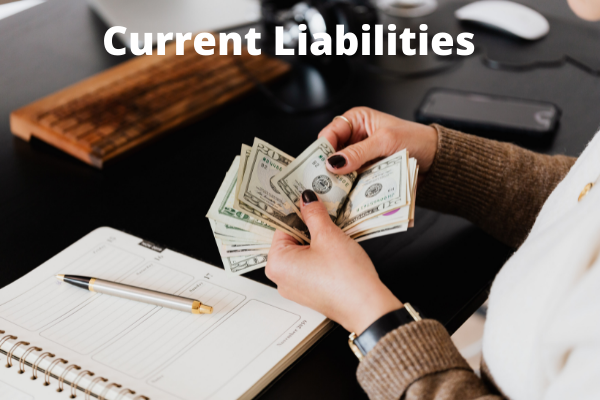 The some common type of current liabilities are:

The current type of liabilities is expected to pay off within a normal operating cycle. Account payable Salaries payable, current tax payable, Accrued expenses are expected to pay off within normal operating cycle. Short-term debt payable, short-term notes payables, and current lease liability represent that portion of the relevant long term liability which are due within next month. Dividend payable is a current liability because corporate laws normally require them to be paid within a certain period after the declaration date.

Assuming that total assets and non-current assets are $2000 million and $1500 million, show the information about current liabilities to assess liquidity and solvency of a company.

Amounts are in USDs in million

Since current liabilities are $439 million and current assets are $500 million, the current ratio is 1.13. This means that the company has enough current assets (that is, assets that will be converted into cash within the next 12 months) to repay its short-term debt.

Solvency is assessed by the debt ratio, which compares total assets to total liabilities. Debt ratio is 0.75 (= $ 1,319 / $ 1,910), which indicates that 69% of the company’s assets are financed by debt, so the total assets are sufficient to meet the debt in crisis.

Information about the timing of cash inflows and cash outflows is very important, especially in the short-term, which is why liabilities and assets are classified into current and non-current components to assess short-term and long-term financial conditions.